Plans for a £100 million revamp of Chester racecourse were rejected on Tuesday over fears the project would harm views of the historic city.

The proposals for a new grandstand, conference centre, boutique hotel and administration office, multi-storey car park and expansion to the nearby Holiday Inn as well as two new green spaces were turned down.

Cheshire West and Chester Council (CWAC) officers had supported approval for the development, but the planning committee itself turned down the plans saying the scheme would have an adverse impact on views and the historic skyline. 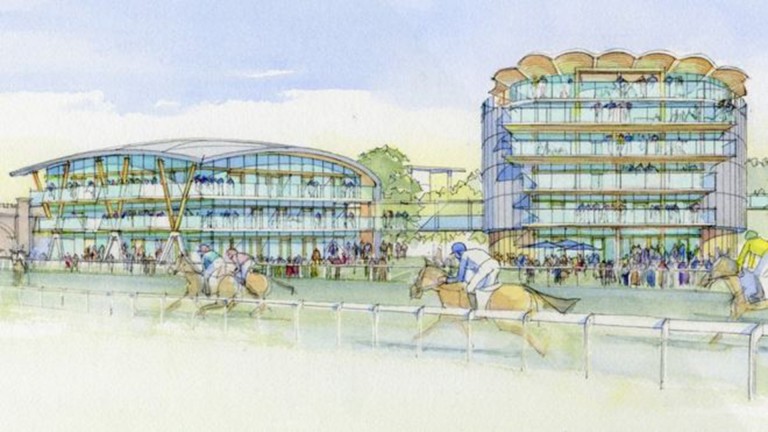 This illustration depicts plans to build a new grandstand at Chester racecourse
Richard Thomas, Chester racecourse manager, said in a statement: “We’re really disappointed because it has taken us nearly three years to get to where we are with the plans.

“The planning committee decided there were elements they didn’t like. We need to take advice before deciding whether to resubmit the plans or appeal the decision.

“They spoke about not particularly wanting us to expand into the city centre, yet they deferred our plans to build an events building, which is a main part of the proposed expansion.”

He added: “It’s not all doom and gloom. Our determination is still there. We’re ambitious and want to secure the best possible racing here.”